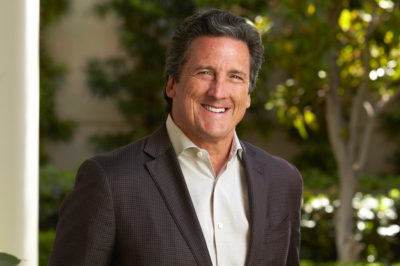 William (Bill) Hornbuckle is Acting Chief Executive Officer (CEO) and President of MGM Resorts International (NYSE: MGM), an S&P 500® global entertainment company featuring iconic hotels and casinos, meeting and conference spaces, live and theatrical entertainment experiences and an array of restaurant, nightlife and retail offerings across the globe. MGM Resorts’ portfolio includes some of the most recognizable resort brands in the industry, such as Bellagio, MGM Grand, ARIA, Mandalay Bay and Borgata.

A long-time resident of Southern Nevada, Mr. Hornbuckle is active in community service. He serves on the Board of Trustees for Three Square Food Bank, is Founder of the Bank of George, a local banking and financial services institution, and is President of the Fulfillment Fund. Mr. Hornbuckle holds a Bachelor of Science degree in Hotel Administration from the University of Nevada, Las Vegas.