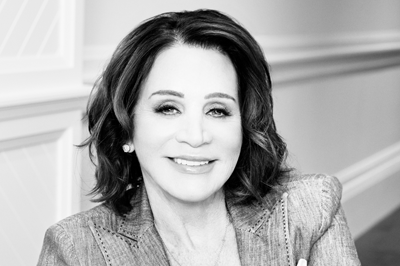 As CEO and co-founder of Paragon Gaming, a developer and operator of gaming-based properties, Diana L. Bennett is a second-generation casino operator and one of the most effective and respected executives in the gaming industry today. She and her partner, Scott Menke, have created a company that developed, constructed, and now manages the River Cree Hotel and Resort on the River Cree Reserve outside of Edmonton, Alberta, Canada. This was the first-ever First Nations gaming property in Alberta. Paragon also owns the Edgewater Casino in Vancouver, British Columbia, Canada and the Eagle River Casino Travel Plaza in Whitecourt, Alberta.

After attending Arizona State University, Bennett’s career started under the tutelage of her father, industry icon William Bennett. As an executive of Circus Circus Enterprises’ leadership team, Bennett opened and operated multiple gaming operations that became landmark gaming properties, including the Luxor and Excalibur. She also led the merger of the executive staffs of the Edgewater Hotel and Casino and the Colorado Belle Hotel and Casino in Laughlin. She also directed the purchase, takeover, and integration of new management into one of the timeless icons of the Las Vegas Strip, the Sahara Hotel and Casino, acquired by the Bennett family’s Gordon Gaming division in 1995.

Bennett has been personally responsible for the management of multiple casino operations. She is recognized as an expert in establishing gaming systems, and served as president and chief operating officer of Casino Data Systems, where she planned, grew and managed one of the major gaming manufacturers in North America and became licensed in multiple gaming jurisdictions. In 2007 she was named as one of the Top Ten Great Women of Gaming in the U.S.

Bennett serves as chair of the Three Square Board of Directors as well as Noah’s House Board of Directors. She is the treasurer on the Executive Committee of the UNLV Foundation Board. She also serves on the Boards of Directors for the Black Mountain Institute at UNLV and the Smith Center for the Performing Arts.

As president of the Bennett Family Foundation, she supports various youth and women’s organizations such as Child Focus, an affiliate of St. Jude’s Ranch, the Nevada Children’s Center, Opportunity Village and various organizations aimed at improving education in Nevada. Bennett is co-founder of the Greater Good Council, an organization of philanthropic leaders from all walks of life in Southern Nevada; sponsor of The Center in Las Vegas, which furthers the human rights of the gay community; and the co-founder of the Nevada chapter of the International Women’s Forum. She was recognized for her support of the I Have a Dream Foundation in 2009. Since 1994, she has been named repeatedly to the Outstanding Women of Nevada.