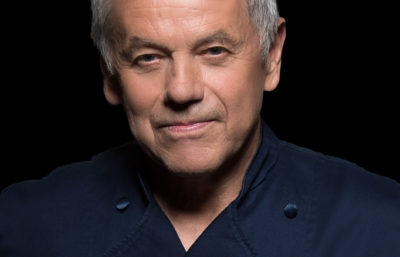 His trademark dishes, coupled with his unmistakable panache and personality, has revolutionized the culinary trade.

He has earned 5 Michelin stars, is the author of eight cookbooks, and has received numerous James Beard Foundation Awards including; “Outstanding Chef of the Year“, “Restaurant of the Year”, “Outstanding Service” and “Lifetime Achievement”. His flagship Spago Beverly Hills restaurant has been recognized as one of the Top 40 Restaurants in the United States.